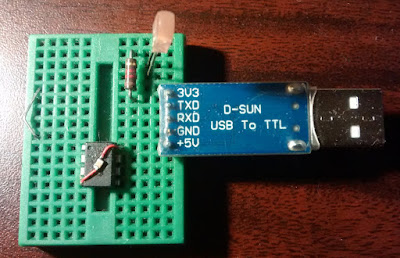 If you have server that you remote monitor, you can use TTL dongles to reset a server.  This works best with paired servers, where one server can reset the other.  The RESET pin on a standard PC motherboard works by being pulled to ground, so the wiring is very basic:
RESET <---> TxD
GND <---> GND
When one server hangs, log into the other, and send a break (extended logic level 0) to the serial port.  That will pull RESET on the hung server low, causing it to reboot.
Posted by Ralph Doncaster at 8:43 AM