I've recently read comments about pl2303 USB-TTL serial modules stating that their power output is too low for modules like the esp8266.  Although I've written about the modules before, I didn't check the power output on them.  The datasheet indicates a maximum 3.3V output of 150mA, but it may output more (or less) than that before dropping below 3V.

For testing I tried two different modules.  With no load, one output 3.35V and the other was 3.34V.  With a 13Ohm load, both dropped to 3.15V, which computes to an output current of 242mA.  With a 242mA current causing a 0.2V drop, the output resistance of the regulator is approximately 0.83 Ohms.  This means if you want to push it to its limit, it should be able to output around 420mA before it drops below 3.0V.  Pretty good for modules that sell for under $1 including shipping.

Posted by Ralph Doncaster at 2:25 PM No comments: 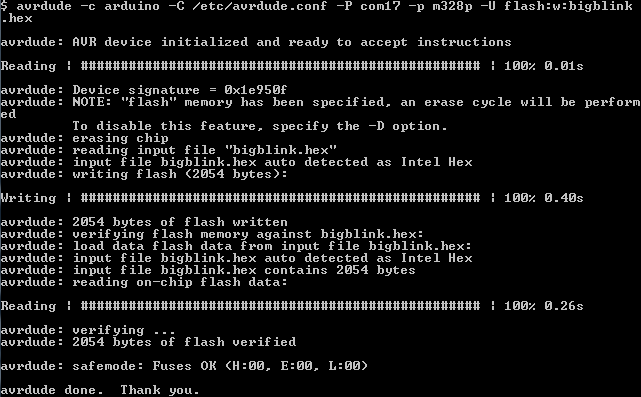