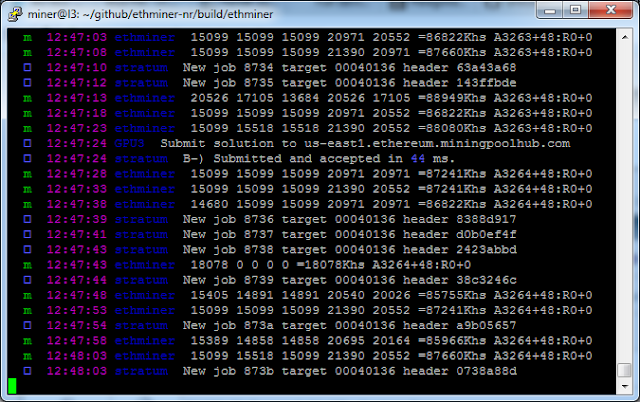 Once you've confirmed that ethminer is working, you can edit the mine.sh script to use your own mining pool account.  If you want your rig to start mining automatically on boot-up, edit your .bashrc and add "cd ethminer-nr" and "./mine.sh" to the end of the file.
Posted by Ralph Doncaster at 11:05 AM 12 comments: