Over the past years, I've bought many cheap USB chargers.  As Ken Shirriff points out, they're rather low quality.  I find they're too noisy for powering small microcontroller projects, but for phone charging I've been quite satisfied with them considering the low cost.  The only problem I have with plug-in USB wall chargers in general is they tend to disappear - kids misplace their phone chargers, and taking someone else's is easier than searching for their's.  I've learned to have spares hidden away for this reason, but it's still a nuisance.  So I set out to find a more permanent solution.

A number of electrical equipment manufacturers offer AC outlets with USB charging ports.  At $20-$25, they are on the pricey side, and they're deeper than standard outlets and therefore likely require a bigger electrical box than the standard 12.5 cubic inch.  After some searching I decided on a plug-in model carried by Home Depot priced at CAD$12.88. It screws into the outlet after removing the cover plate, so it's unlikely to "walk away".

I tried to find other reviews of these, but was unsuccessful.  Newegg has a Rosewill branded version for $20, and I've seen a Targus branded version selling for $30!  Given the price I expected them to be better than the cheap USB chargers I had been buying, but you don't always get what you pay for.  Therefore I decided to do my own testing and post the results.

I don't have a nice Tek oscilloscope like Ken Shirriff, but my PC oscilloscope will suffice for detecting output noise.  I have a digital multimeter, so the only other thing I needed was a USB breakout cable and a power load.  I soldered some 24 awg wire to a USB male connector so I could plug the power lines into a breadboard. 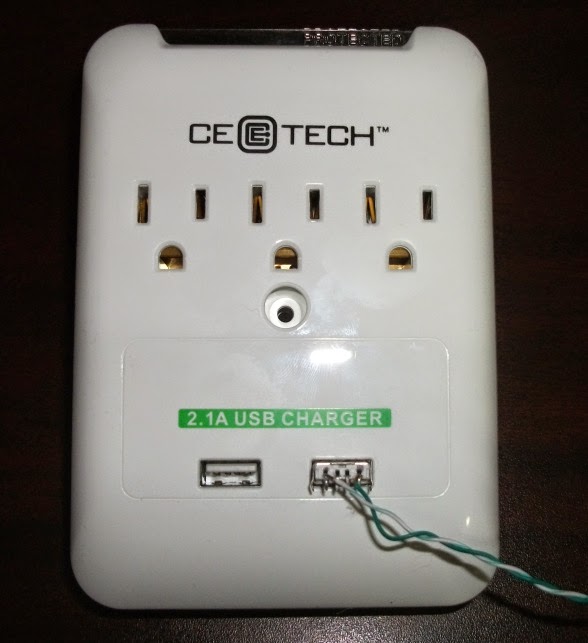 I've seen a number of different cheap power load sources, from cement resistors to incandescent bulbs.  What I decided on instead was an old car stereo speaker.  It's large enough that I don't need to worry about heatsinks, and at around 4 ohms it would provide a 1.25 amp load on 5 volts.  I just soldered on a couple wires for plugging it into a small breadboard. 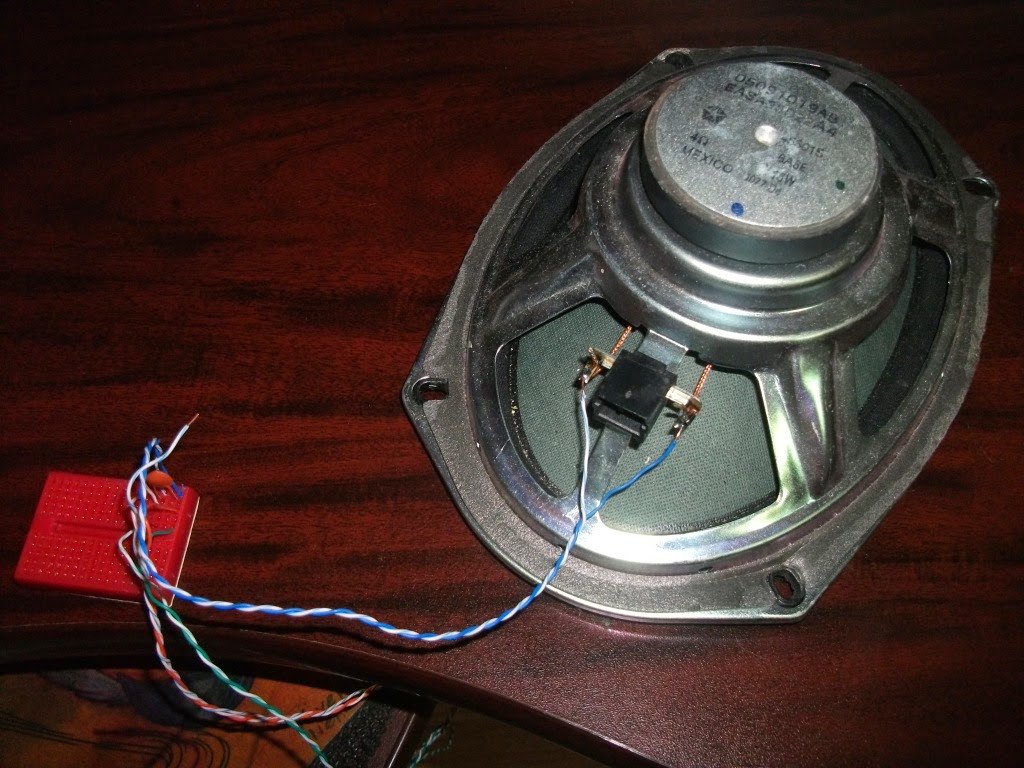 With no load, I measured 5.04V, and switching my multimeter to AC measured only 5mV of ripple.  Loaded I measured 4.9V, and AC ripple was still only 5mV.  After a minute or so the speaker magnet was barely warm to the touch, and measured 4.2Ohms resistance.  This means the charger easily puts out 1.17A of power.  The screen shots from Goldwave show the majority of the ripple around 36kHz: 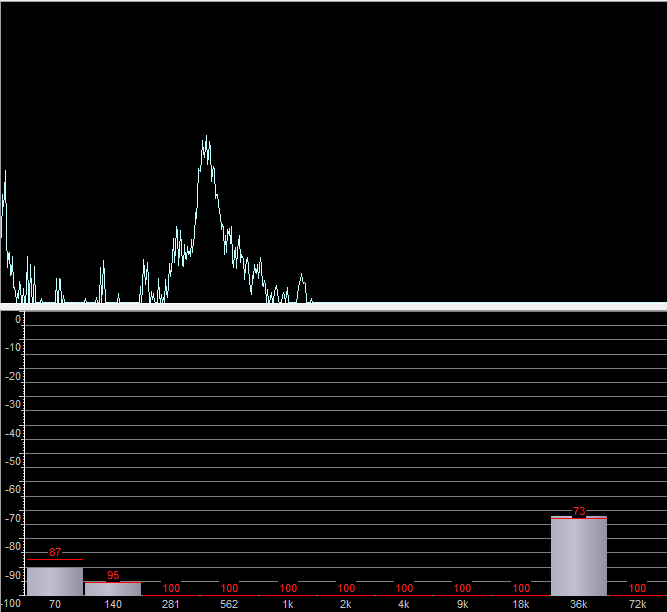 I suspect that 36kHz is the switching frequency of the USB power supply.  Zooming in on the 36kHz noise shows it is a sine wave, with lower amplitude superimposed noise at 500Hz and 60Hz.

Overall I was satisfied with its performance.  If all you need is a dual-port USB charger there are cheaper options, but for something permanently attached, this it looks like a good deal.
Posted by Ralph Doncaster at 12:04 PM