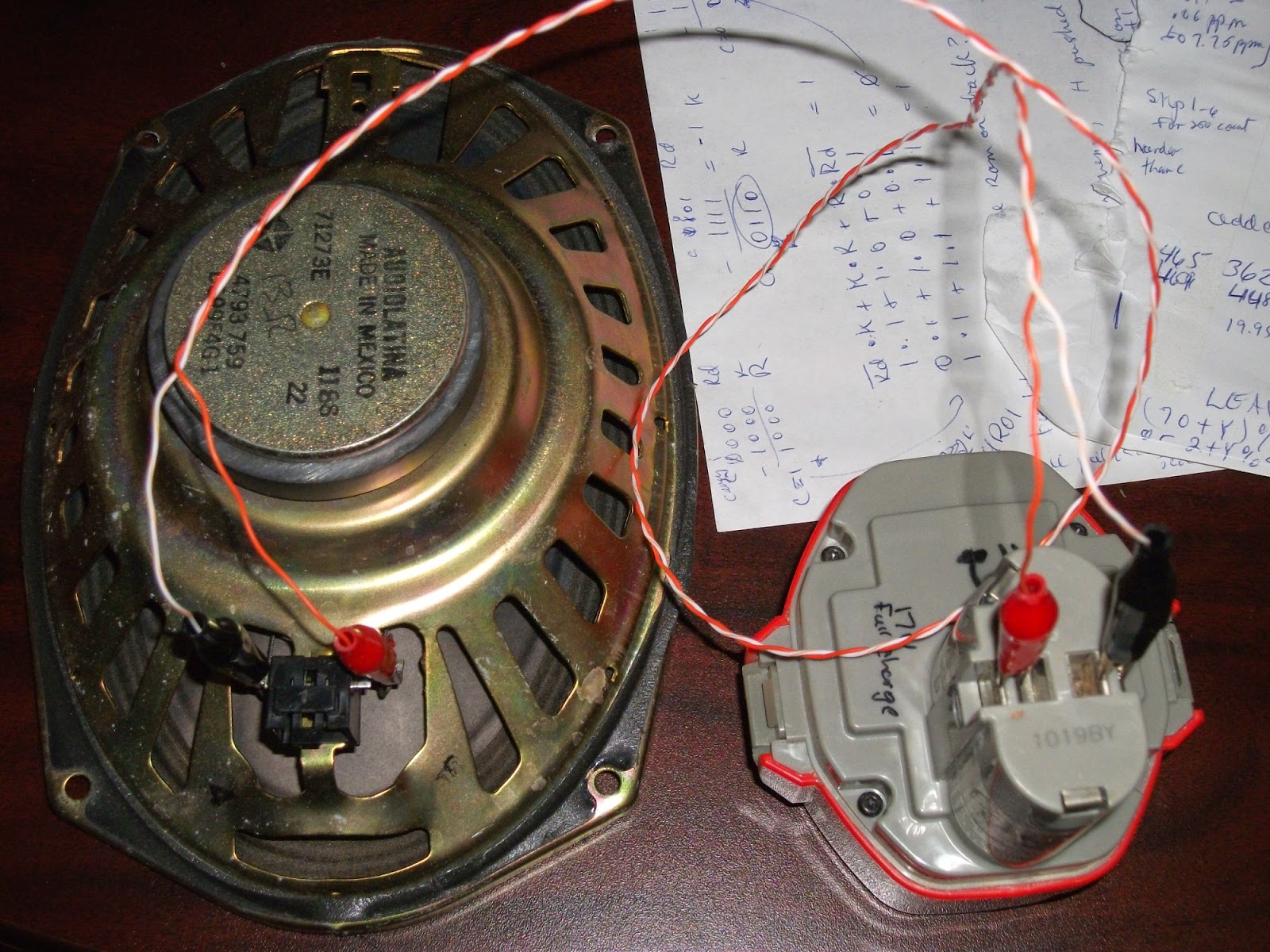 NiCd batteries are still commonly used in power tools.  When compared to lithium-ion batteries, cost isn't the only reason to prefer NiCd.  A common problem with nickle-based batteries is a drastically reduced number of cycles when they are not properly maintained.

Since I first got my cordless drill (a 14.4V Makita) many years ago, I would keep one battery pack in the drill and one in the charger.  This way I'd always have a fully-charged battery ready to go when I needed it.   Although I'd only use my drill a couple times a month, they'd loose most of their capacity after a few years and need replacing.  Instead of the 500-1000 cycles they're supposed to get, I was getting less than 100 cycles out of them.

My first searches of ways to recondition batteries lead me to blogs and youtube videos of people zapping batteries with high voltage, even using DC welders.  While this might temporarily remove dendrites, it will not restore them to anywhere near their original capacity.

Earlier this year, I found an article on Battery University - How to Restore Nickel-based Batteries.  It explains in great detail how Cadex battery analyzers work, and how they significantly improve the number of cycles obtained from battery packs.  However Cadex battery analyzers cost hundreds to thousands of dollars, too much to spend compared to less than a hundred dollars every few years for a new set of batteries.

The first thing I decided to do is stop keeping a battery on the charger at all times.  NiCd batteries are best stored with a minimal charge.  This would help get more cycles out of new batteries, but it wouldn't recondition my more than year old batteries that were giving me less than half their new capacity.

To exercise the battery packs, I needed to discharge them at 1C until they reached 1V/cell.  For my 14.4V 1.3Ah packs, this means a 1.3A discharge to 12V.  When my packs were discharged, they still had an open-circuit voltage of around 15.5V - a sign of high internal resistance.  A 15 to 20 Ohm, 20W power resistor would be ideal, but I didn't have one on hand.  Rather than order one and wait for it to arrive, I searched through my junk and found an old car speaker with a DC resistance of 13 Ohms; close enough to what I needed.  With a couple of alligator clips I had made a virtually free battery exerciser.

To recondition, I needed to do a "slow discharge" to 0.4V/cell, without a clear definition of "slow discharge".  I think around 0.05C should count as a slow discharge, so a 1W 220 Ohm resistor would be ideal.  I have a red LED with a 1.2K resistor that I use for breadboard projects, so I decided to use that.  I'm not sure if even slower discharge is tangibly better, but it should be at least as good as 0.05C.  And with the LED dimming as the battery pack discharges, I could avoid frequent checking of the voltage with my multi-meter. 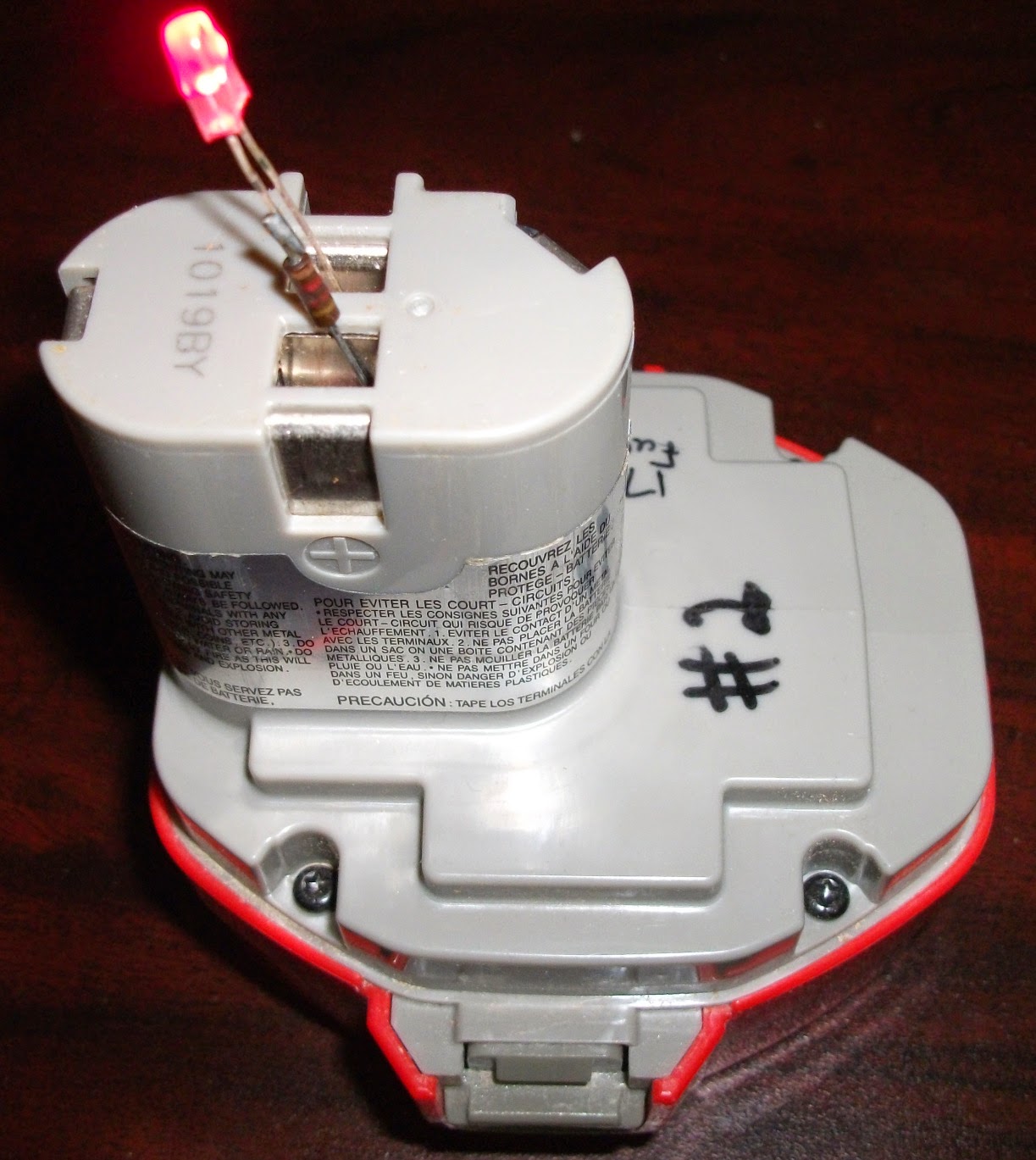 Posted by Ralph Doncaster at 6:00 PM